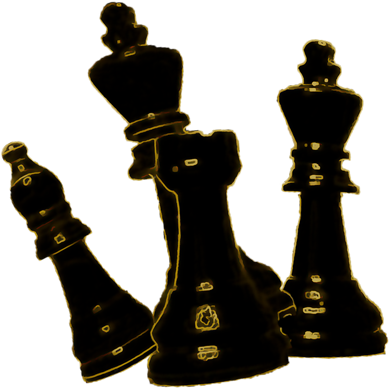 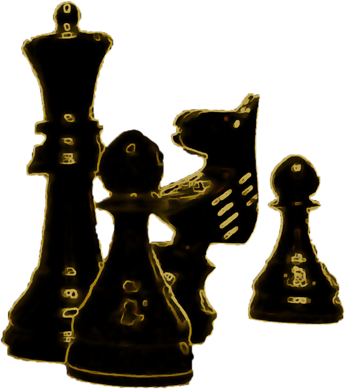 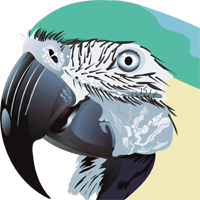 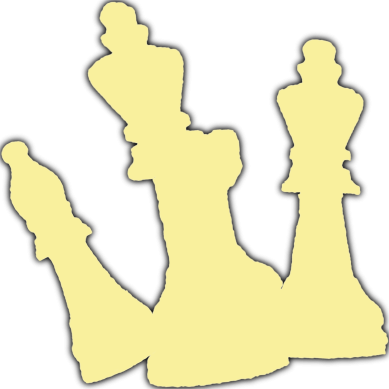 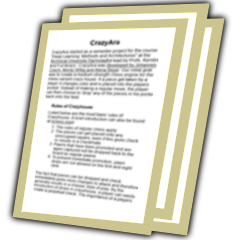 - Click here for technical details and an in-depth explanation of the techniques behind CrazyAra. 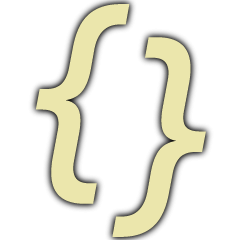 - CrazyAra is free software! The source code is hosted on Github.

CrazyAra started as a semester project for the course "Deep Learning: Methods and Architectures" at the Technical University Darmstadt

lead by Prof. Kersting and Prof. Fürnkranz. CrazyAra was developed by Johannes Czech, Moritz Willig and Alena Beyer. Our initial goal was to create a medium strength chess engine for the chess variant crazyhouse. If a piece get taken by a player it changes color and is placed into the players pocket. Instead of making a regular move, the player can then choose to 'drop' any of the pieces in his pocket back onto the field.

A brief introduction into crazyhouse can be found at lichess.org

.
Giving check, by dropping pieces opens up for a whole range of new attacks. Crazyhouse games therefore often features a sharper playstyle. It is easier to maintain permanent pressure on the opponent, as long as pieces can be dropped from ones pocket to keep up the attack. The importance of a players initiative therefore plays a more important role than for standard chess. However, dropping many pieces in a row may drain the players pocket and weakens its chances to defend against upcoming counterattacks.

A significantly lower number of games is drawn in crazyhouse compared to 'regular' chess.

As already observed from the Google Alpha Zero chess engines, CrazyAra features a play-style described by players as more intuitive. Previous chess engines made decision based on searching through large numbers of possible moves and selecting the best move found during a predefined period of time (see for example alpha-beta engines

). This play-style deployed by other engines often values pieces over board positions. These engines therefore often hesitate to sacrifice pieces even if a better board position could be achieved. In contrast to the existing engines, CrazyAra searches through a much smaller number of possible moves. For selecting these, a neural network is used to predict the most promising moves for any given board position. As the board evaluation is learned by the network, CrazyAra often values a better board position over the value of individual pieces on the board. The games played therefore tend to be more dynamic and feature a play-style with more initiative from the engine.

Visit the official developers wiki for a detailed, in-depth discussion.

We took the results of Google Alpha Zero as an inspiration for our project. A convolutional network was trained in on a dataset of 500.000 games played by humans. The goal of the network was to predict the most likely move played by the human, also called the policy, and the final outcome of the game given the current board position, called the value.
During the game the predictions of the neural network are used in a monte carlo tree search (MCTS) which evaluates possible lines in order to find the best move.

CrazyAra was featured on several news papers, local television and online events. We put together a list of newspaper articles and other related links that feature our chess engine. We received overwhelming interest from the lichess.org

community, where we hosted the engine several times. We would like to thank anyone who participated and gave feedback during the live matches on the platform!
We would also like to give a special thanks to the well known crazyhouse player and streamer Justin Tan (also known as JannLee

) who agreed to challenge CrazyAra in a five-games series during one of his streams.
You can view a complete transcription of the match together with JanLees post game annotations at lichess.org

. A short summary of CrazyAras different stages of development and an analysis of the five matches against JanLee can be found at okei's blog

If you are interested in the engine, you can contact any of CrazyAras creators, reach us at this.is@crazyara.org or have a look into the current state of development at the official source code repository at https://github.com/QueensGambit/CrazyAra

.
For terms of usage / impressum of this website see Impressum.
For the logo and other image licences see resources